What’s going on with the name changes?

Balthisar Tidy distributed from this website is staying the same. However, Apple is pushing developers to use in-app purchases instead of having separate free and paid versions, so I'm getting ahead of the inevitable: there will only ever be a single App Store version of Balthisar Tidy in the near future. It will continue to be completely free and provide an awesome experience for free users.

Some power features, though, will be available only as an in-app purchase. And by “power features” I don’t mean basic functionality, but things that are really special. There’s no motive to drive people to a paid upgrade unnecessarily.

A lot of people have paid for Balthisar Tidy for Work, and I'm not going to alienate any of them by eliminating something they‘ve paid for. Thus, this is the application that will continue in the App Store under its new name: Balthisar Tidy.

Because having two applications with the same name is confusing and not allowed, the version to be phased out has been renamed Balthisar Tidy Classic.

What are the system requirements?

Where can I find out more about Tidy?

Why does the App Store version of Balthisar Tidy have a unique icon?

This is a new requirement by Apple for applications in the Mac App Store. The common icons are now regarded as spam by Apple, and so they must be different. This is acceptable in the short term, but for the long term, I will figure out how to migrate everyone to a single application, while preserving paid users’ features.

As of version 4.3, Balthisar Tidy Classic exists officially, and bears this icon.

HTML Tidy never claims to be an official validator; it only makes the claim that it will produce valid documents. The W3C (you know, the folks that write the HTML specification), on the other hand, recognize their Nu HTML Checker as an official validator. When you’re the one writing the specs, that gives you a lot of credibility, and as such, validation with the W3C is a requirement in a lot of environments. Balthisar Tidy now gives you that one, extra capability.

Can I get the source code?

Why does Balthisar Tidy make changes to my system icons?

Some users have complained that Balthisar Tidy makes unapproved changes to their system icons, for example, “forcing” PHP files to use Balthisar Tidy’s icon.

While it’s true that this may happen, it’s macOS that makes this change, and not Balthisar Tidy doing anything nefarious. Please see this blog post for a more complete discussion.

What’s the difference between the App Store version and the version here?

Balthisar Tidy Classic version is also nearly identical, but lacks features such as AppleScript and Unix Configuration File support, as well as customized color themes and the ability to export your Tidy’d text to an RTF document. This version is now officially deprecated, and will be discontinued soon.

Is there parity between Balthisar Tidy and HTML Tidy?

If there are any Earth-shattering changes, we will be sure to push the changes to the App Store as soon as possible.

App Store version? Is this a money grab?

Nope. Balthisar Tidy in the App Store is absolutely free. No advertisements, no nag messages, and in short, no reason not to use it exists.

It’s open source! You can’t put it in the App Store!

Sure I can. It’s open source because I want it to be. And although it uses some other open source code, that’s all BSD-style licensed.

It’s open source! I don’t have to pay for in-app purchases!

That’s correct. The source code is on github, and you can build Balthisar Tidy yourself. You could probably submit your own copy to the App Store, too, if you wanted to be a person no one in the world likes.

Balthisar Tidy has all of the renowned features of Balthisar Tidy Classic and also gives you power user features making your automated workflows painless to implement.

Balthisar Tidy is available on the App Store.

Balthisar Tidy is absolutely free: no time limits, no nags, no guilt!

Balthisar Tidy 4.3.0 (May 2021) offers significant updates. If you liked it before, you’re sure to love the new features it gives you.

Balthisar Tidy downloaded from the website gives you the same great product as the Mac App Store. 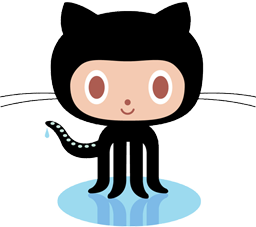 Balthisar Tidy is open source software. In order to get the latest and greatest version, we recommend that you visit Github.

And of course, if you want to fork and contribute to the project, github is the perfect location to use as your code repository.